Salvatore is a seasoned business executive with over forty years of experience in the Aviation Services Industry. These services include: aircraft fueling, ground handling and aircraft deicing. Early in his career Mr. Calvino spent time working on airports throughout the United States setting up aircraft handling operations. Mr. Calvino started his first Company in 1985 at Logan International Airport, Boston. After seven years of building a successful business, Mr. Calvino and his partners sold their venture to Signature Flight Support. Mr. Calvino dedicated the next fifteen years honing his aviation management skills at Signature, as their VP Business Development, and later at Castle Harlan, a New York Investment firm, where he was directly involved in M&A activities, involving several aviation service companies, worth over $200 million in investments. Beginning in 1999, Mr. Calvino made great use of his past experience and began to invest in a variety of aviation services companies. At first focusing on cargo handling services, both warehouse and aircraft, he then purchased Quantem Aviation, a Fixed Base Operation, providing corporate aircraft services, including hangar storage and fueling. During the next ten years, Mr. Calvino’s successful aviation business had expanded to twenty airports throughout the U.S. In 2008, Mr. Calvino purchased Integrated Deicing Services (IDS). By utilizing state of the art de-icing equipment, with innovative technology that reduced the amount of de-icing fluid required for each aircraft, IDS became an industry leader and over the next seven years expanded its operations beyond the U.S. to several airports in Europe. In 2015, Mr. Calvino sold his companies to a strategic buyer. By then, a small enterprise of 40 employees, in 1999, had grown to more than 4,200 employees.

Prior to joining Fortbrand Services, Peter spent 10 years in the financial services industry. His most recent position was Senior Vice President of The Navigator Group, an independent leasing company, where he specialized in originating, structuring and funding leases of aviation ground support equipment. Peter has also worked at the The Bank of Tokyo-Mitsubishi, where he served as Vice President in the Structured Finance Group, developing new business and managing a portfolio of loans totaling $300MM to highly leveraged companies in a wide variety of industries. Peter’s experience also includes serving as a Relationship Manager in JPMorgan Chase Bank’s Middle Market Group. Peter is a graduate of Duke University.

Fred has over three decades of experience in the aviation industry. As President and COO of Servisair, a leading, global provider of a full range of services to airlines and airports, Mr. DiBenedetto’s responsibilities included the delivery of such services to over 700 customers at 145 airports. His extensive experience included the purchasing, selling and leasing of GSE, negotiating a full range of service contracts and managing various projects, such as hangar construction, business acquisitions and start up of new operations. In addition, he is an active participant in industry organizations, such as ACI-NA and NATA.

Mr. Schwabish started his career at John F. Kennedy International Airport, as an Operations Manager for Airborne Express, a large international air freight organization. Over the years, Mr. Schwabish gained sales management and marketing experience in the industrial distribution and manufacturing sectors. The majority of his career has been spent managing a sales team for the Metabo Corporation, a German manufacturer of high-end power tools, specifically engineered for the industrial market. Dean received his Bachelors Degree in Communications from the State University of New York at Plattsburgh.

Mr. Perrone has spent his entire business career in the aviation industry and possesses vast experience in all aspects of airport management and facility maintenance. During his thirty-five years at the Port Authority of New York and New Jersey, Mr. Perrone held positions at LGA, EWR and JFK. For the eleven years prior to his retirement in January 2007, Mr. Perrone served as Chief of Airport Maintenance at John F. Kennedy International Airport. In this role, he was responsible for the management of the day to day maintenance of a large hub airport, which included snow removal, maintenance equipment evaluations, airfield security, preparation of capital and operational budgets, maintenance contract preparation and administration, FAR 139 inspection, preparation and evaluations, airfield preventative and corrective maintenance planning, airport construction coordination and maintenance training in snow procedures, techniques and equipment operation. Mr. Perrone has been a member of many aviation organizations and committees throughout his career and is also a member of the Northeast Chapter of the American Association of Airport Executives and has served as a member of the planning committee for the AAAE/NEC International Snow Symposium.

Mr. Spangrud started his aviation career as a helicopter crew chief in the US Army and National Guard. During that time, he was hired by the Minneapolis/St. Paul International Airport on the field crew. Lee spent 35 years with MSP, working as a laborer, foreman and assistant manager, with his last 14 years spent as manager of the field maintenance department and shop. Lee helped develop MSP’s snow plan, driver training, snow melter plan, building development, equipment plan, emergency plan, operating and equipment budgets, multiple procedures and SOP’s, along with helping run the day to day operations of a large hub airport. Lee served on the AAAE/NEC International Snow Symposium committee for 12 years and has been serving on the AAAE/NEC Large Hub Airports Winter Operations Committee for the past 12 years. 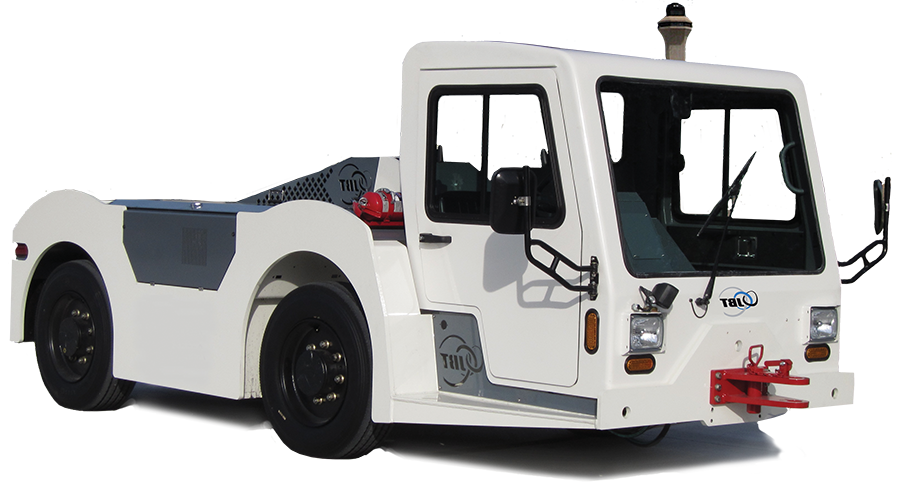 Mr. Huot spent multiple winter seasons in the employ of the Calgary Airport Authority, operating equipment as part of the airfield maintenance team. Mr. Huot currently has over 23 years of experience operating of all types of airport maintenance vehicles and supporting the development of effective airport snow removal programs at airports of all sizes in North and South America. Mr. Huot has been fully factory trained in all aspects of the operation and maintenance of the airfield maintenance equipment that Fortbrand Services represents and has in excess of five thousand hours of personal experience operating such equipment in all types of weather conditions. Mr. Huot has worked in cooperation with NASA, the US Air Force, the FAA and NAV Canada to study and improve airfield winter operations. Mr. Huot’s responsibilities include providing engineering support to the manufactures, commissioning of airfield maintenance equipment, training of airport personnel in the operation of such equipment and providing airfield operational support to Fortbrand Services’s customer base.

Steve Haegele, Director – Technical Services
Mr. Haegele has over twenty years of experience in the maintenance and technical support of GSE, including management of GSE maintenance shops and facilities for both airlines and aviation services companies. Immediately prior to joining Fortbrand Services, Mr. Haegele was employed by Gemini Air Cargo, as Director of Maintenance, Contracts and Finance, responsible for the management and administration of all aircraft maintenance functions.
Joanne Garcia, Director – Procurement and Parts Sales
Prior to joining Fortbrand Services, Ms. Garcia spent over two decades in a Fortune 100 mass media corporation, where she held many cross functional positions in IT, Operations and Finance. Most recently, as Procurement Manager, she was responsible for the strategic sourcing and purchasing of capital equipment, parts, repairs, maintenance and contract administration, supporting a global customer base. Ms. Garcia is a member of the Institute of Supply Management, as well as an active member of multiple non-profit organizations. She holds a BBA in Marketing from Dowling College.

Tom Herda has over 30 years experience in the servicing and maintenance of all types of airport ground support and aircraft refueling equipment, primarily for Trans World Airlines (later American Airlines) at JFK International Airport. Tom’s experience also includes working for Bobcat Corporation as a mechanic.

Veikko Mottonen has been associated with Vammas airport snow removal equipment since 1994. In addition to a degree in Engineering, Mr. Mottonen speaks five languages and has vast experience in international sales and trade. Mr. Mottonen’s responsibilities include development and supervision of a worldwide dealership network outside of North America for the Vammas product line.

Mr. Huumarsalo joined Fortbrand Services in 2012. Before joining the Vammas team, worked at a manufacturer of welded and machined steel components. After holding the position of R&D engineer, Mr. Huumarsalo was appointed to position of chief of engineering of the Vammas product line. Mr. Huumarsalo holds a degree of Mechanical Engineer from Tampere University of Applied Sciences.

Prior to joining Fortbrand Services in 2011, Ms. Lahdenmaa spent many years in the Finnish plywood industry, where she held several cross functional positions in production, cost accounting, HR and payroll. Currently, her responsibilities are material logistics, including receiving of goods, as well shipping goods for production and spare parts to customers. Ms. Lahdenmaa is also responsible for project cost accounting. Ms. Lahdenmaa holds a degree of BBA in Business and Financial Administration from Satakunta University of Applied Sciences.

Ms. Vecker has two decades of experience in both public and private accounting, having been employed by a major public accounting firm, as well as having been Controller of several middle market companies. Ms. Vecker is a Certified Public Accountant.

Don’t miss out! Subscribe today by completing the form below: